When I started this website in 2005 I was a hardcore gamer, with all the free time coming from a combination of procrastination and free time. Because of this, my original online persona was "Game Freak" - lifted from the development team behind Pokemon. I still collect games and try to play as many as I can, but committing the time to play through an RPG is rare, and I've left far too many games incomplete or barely started. In recent years I have been more interested in modding and repairs of electronics - this led to bigger and bigger projects over time, where I've done everything from building my own arcade machine to repairing pinball machines to simply changing batteries in a twenty-five year old game cartridge.

I love curating a collection of both digital and analog media - I've been collecting records for a couple years, with a focus on 80s synthpop and new wave music. I also maintain a server where I can stream my own digitized media collection. I'm mesmerized by the intersection of human and machine, which is evident by my love of science fiction, synthesizers, and augmented reality. If only life gave me the time to pursue everything!

I began an interest in photography in 2010 with the purchase of a Rebel XS. I now shoot with an EOS 6D, and recently began dabbling in film - Canon A-1 and Contax RTS.

During high school I began to identify more and more as a furry, and use that as my online persona, an anthropomorphic Siberian Husky. I live with my partner of three years in Massachusetts. 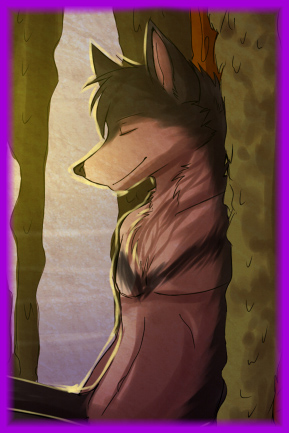 I began this website in 2005 as the "Game Freak Network" - parked at a Freewebs space. This was probably sparked by my middle school friend, who created a website for collecting pranks and jokes, and information about Nintendo games. I vaguely remember creating several other "portal" websites to add to this network of sites - one rehosted MIDI files from VGMusic, another cheats and guides from GameFAQs, and the last hosted some of my earliest photography and other musings of life as a teenager. In my high school and early college years I largely neglected the site, occasionally contributing a blogpost or some new photos, but scarcely changing the design. I began some sprite editing experiments, creating some header images and webpages for TomBobBlender - but focused mostly on my studies and photography.

Fast-forward to 2016 - I redesigned my website's look and bought the domain lykos.net (finally, a top-level domain!) - I hadn't yet found the best workflow for gallery and photo presentation. I hadn't touched it for two years, still had a bunch of dead links, and only one painstakingly-created gallery from an event in late 2016. In 2018, I again revamped the site, completed the navigation, and am working on a portfolio site using Smugmug. Time will tell if that gets maintained :)

Where to Find Me